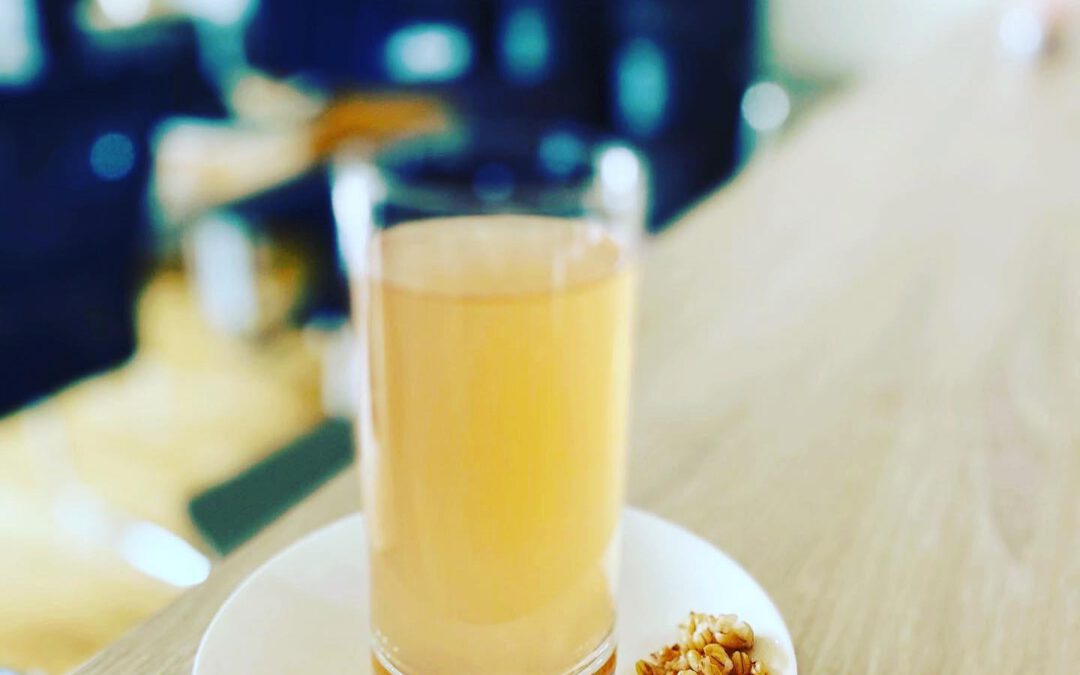 Did you know (this has nothing in common with whiskey and beer) that barley is indirect one of the best metabolism-stimulating grains? In Ayurveda, it is the favourite fibre to fight Kapha overload and is also perfect to get rid of excess metabolic waste products (Ama).

Due to its alkaline properties, it also has a detoxifying effect.

As a source of protein and with its sweet taste, it even helps against food cravings.

Barley water is a well-known drink that is consumed all year round. On warm days or when we carry a lot of heat inside, traditional Chinese medicine believes in its cooling properties from the inside.

Now in spring time you could mix it with with ginger water to boost your metabolism even more. With activities like Yoga, f.e. Sun salutation you support the effect.

I have started the barley water season again. To make it, I boil 100 grams of barley with two litres of water in the morning and let it simmer for two hours. Then I strain the water. I like it pure, but you could also add a squeeze of lemon or some honey.

The remaining barley I use for a delish lukewarm salad with vegetables from the oven and herbs, as an ingredient for a delicious vegetable soup or as a side dish for any meal.

Cheers to Barley water! Yours Ariane